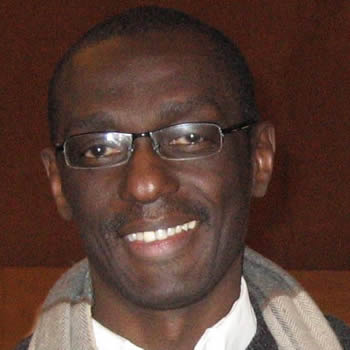 Gerard Akindes is currently working for the Josoor Institute in Doha, Qatar. His roles with the Josoor Institute consist in organizing training and coordinate research projects in sports and events sports management. He is one of the co-founders and coordinator at the Sports Africa Conferences and the Electronic interdisciplinary Journal of African Sports, Impumelelo. Gerard Akindes has an extensive sport background of active engagement in both playing and coaching.  He played international basketball in Benin, Togo and Cote d’Ivoire and coached youth, women and men basketball in Belgium. His research interests include political economy of sports broadcasting, elite and young athletes’ migration, sports development and sports economics.

The changing “tvscape” of sport television broadcasting in Africa

The changing “tvscape” of sports television broadcasting in Africa Television broadcasting is post-independence media introduced in Africa at the end of the colonial time in the late 1950s and early 1960s. Often established with the support of the former colonial rulers, the first decades where characterized by a government-owned and government-controlled media. Since the mid-1990s to the late 1990s, political democratization, deregulation, and new broadcasting technologies, transnational broadcasters, such as the French Canal + and the South African Multichoice group rapidly became important content suppliers to African audiences. In consequence, sport television broadcasting, diversified with live content of European competitions such as the English Premier League, the Spanish La Liga, and the German Bundesliga. Canal+ and Multichoice, the pioneers of the transformation, have seen new entrants such as BeIn Sports, Supertimes, and Kweze Sports.

As seen in other sports broadcasting markets mostly in Europe new entrants affect the economy and finances of clubs and leagues by exacerbating the competition for broadcasting rights.