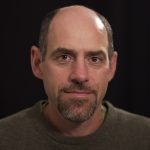 Peter Alegi is Professor of History at Michigan State University and Research Associate at the University of KwaZulu-Natal. His books include *Laduma! Soccer, Politics and Society in South Africa* (UKZN Press, 2004; 2010); *African Soccerscapes: How a Continent Changed the World’s Game* (2010); and *Africa’s World Cup* (with Chris Bolsmann, 2013). Alegi teaches undergraduate and postgraduate courses on South African history, African Studies, and global football. He co-hosts the Africa Past and Present podcast (afripod.aodl.org); blogs at Footballiscominghome.info; and convenes the Football Scholars Forum (footballscholars.org). Alegi is Series Editor of MSU Press’s “African History and Culture” book series and serves as an Editor of *African Studies Review*. Follow him on Twitter @futbolprof.

In 2009, a group of coaches in Pietermaritzburg, South Africa, founded the Izichwe Football Academy at the University of KwaZulu-Natal. Funded mainly by the National Lottery and Viking Stavanger, a Norwegian football club, this grassroots initiative opened a new chapter in the development of young male footballers in the region. Its main objectives were to train talented athletes, provide assistance with secondary education, and foster engaged citizenship. Using oral history interviews, media accounts, and the authors’ participant observations over the course of several years, the paper reconstructs the six-year history of the Izichwe academy through the experiences of five players. Coming from diverse racial and socioeconomic backgrounds, these individuals represent a cross-section of the nearly 100 boys who went through the program. Their stories lie at the narrative heart of the paper and open a window on the day-to-day realities, challenges, hopes, and dreams of young men in the Pietermaritzburg area. The paper also evaluates strengths and weaknesses of Izichwe’s overall work and reflects on its social impact. This intervention encourages a rethinking of football training in South Africa and illustrates the need to more fully integrate the youth perspectives into both the scholarly literature and policy discussions about sport development in Africa.