Bio
Dr Dean Allen is currently a Senior Lecturer at Bournemouth University (UK) and a
Research Associate at Stellenbosch University in South Africa. Having lectured at
universities in the UK, Ireland and Australia, he has published widely on the history and
politics of sport and society throughout the British Empire most notably South Africa.
His particular interests are colonialism, imperialism and the identity of sporting groups
and nations. His is the author of the award-nominated book Empire, War and Cricket in
South Africa: Logan of Matjiesfontein. www.deanallen.co.za

Empire, War and Cricket in South Africa: Logan of Matjiesfontein

Cecil Rhodes is on record as saying he had only met two creators in South Africa, one being himself and the other James Douglas Logan. Born in Reston, Scotland in 1857, Logan immigrated to South Africa at the age of nineteen. Based upon years of research in South Africa and the United Kingdom, and using original archive material (including many unseen photographs) this paper is based upon my recently released monograph Empire, War and Cricket in South Africa. Significantly, the paper explores the foundations of sport during the colonial period how individuals such as James Logan influenced society in late nineteenth century South Africa through dealings in business, politics and high profile associations with sport, most notably the British Empire’s favourite game – cricket.

James Logan became known as the ‘Laird of Matjiesfontein’ after the Karoo town he had built in the late nineteenth century. This famous town is today a national heritage site in South Africa and a popular tourist destination for South African and international visitors. This paper will explore how James Logan and Matjiesfontein were symbolic of a glorified ‘colonial ideal’ that existed throughout the British Empire in the late Victorian period. Bringing together the combined dynamics of politics, commerce and sport, the paper will also explain how James Logan was instrumental in developing the game of cricket in South Africa and examine the controversial but little-known 1901 South African cricket tour to England – a venture funded by Logan himself in the midst of the Anglo-Boer War. 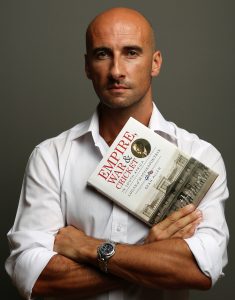