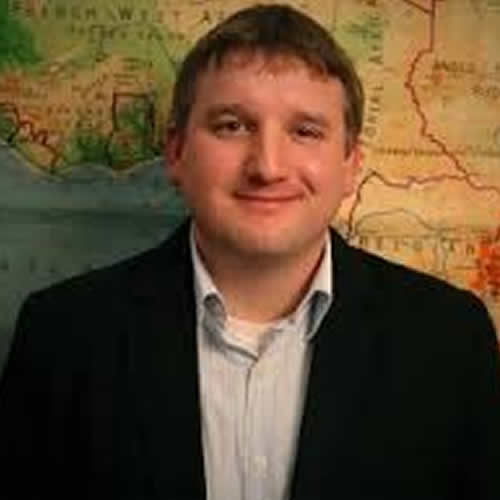 Bio
At St. Lawrence I teach African History courses on the constructions of identity, sport, conflict, and urban history. I also coordinate the African studies program and work closely with St. Lawrence’s long standing Kenya Semester Program (KSP)As a historian of contemporary East Africa, I am an the co-author with Katherine Luongo of Obama and Kenya: Contested Histories and the Politics of Belonging (Ohio University Press, 2016) . My previous work has focuses on the colonial and contemporary links between histories of ethnicity, gender, conflict and sport in Kenya. I have also written popular critiques about African affairs and study abroad for popular media sites such as Africa Is A Country, The Huffington Post, Open Democracy, Politico Magazine, Salon, and The Washington Post.

Birth of a Sporting Nation: Kenya and the 1987 All-Africa Games

Abstract
In 1987, Kenya hosted the fourth All-Africa games. With 42 nations in attendance, the event provided a moment for Kenya to recast itself as a continental leader. After nearly a decade of rule, the games “Grand Patron” President Daniel Arap Moi sat atop a one-party state, five years removed from an aborted coup to overthrow him. As the first commercialized Games, the Kenyan government sought to brand Africa’s mega sporting event as a profitable enterprise for the host nation, and use sport to showcase the modernizing development agenda of Moi’s KANU regime in front of an influential continental audience. But what did Kenyan’s think of the grand top-down development schemes? Within the written record, competing tales of modernity, political corruption and sporting prowess emerge. However, 30 years removed from this historic event, how do the All-Africa games fit within the discourse of Kenyan nationalism?

For scholars of Sport in Africa, there is a growing body of literature discussing the impact and implications of mega-events. However, beyond global events like the Olympics and World Cup, the literature on regional and continental wide events such as the All-Africa Games is exceedingly sparse. This paper uses archival evidence and historic media discourse to analyze the debates about sport and nationalism during Kenya’s second decade of independence. Placed within the economic and political challenges of the Moi era, I argue that sport was a catalyst for both Kenyan national unity and dissent. As a contribution to the nascent literature on the social history of Kenyan sport, this paper will be one of the first to examine the history of the 1987 games within growing regional debates over global power and political liberalization in the waning years of the Cold-War.