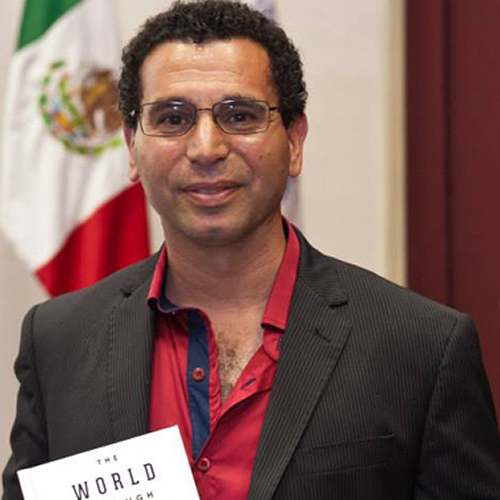 Bio
A Ph.D. in political science from McGill University, Tamir Bar-On is currently a Professor and Researcher at the Monterrey Institute of Technology and Higher Education (Tec de Monterrey), Campus Querétaro, Mexico.He is also a member of Mexico’s National System for Researchers. Bar-On is the author of Where Have All The Fascists Gone? (Ashgate, 2007), Rethinking the French New Right: Alternatives to modernity (Routledge, 2013), The World through Soccer: The Cultural Impact of a Global Sport (Rowman and Littlefield, 2014), and Beyond Soccer: International Relations and Politics as Seen Through the Beautiful Game (Rowman and Littlefield, 2017, forthcoming).

Abstract
When we study ideology, we are often led to the ‘usual suspects’: states, political parties, social movements, and political ideologues. Instead, we propose to use a critique of ideology in the study of an international sporting federation (ISF), namely, Fédération Internationale de Football Association (FIFA – International Federation of Association Football). Our aim is to shed light on FIFA’s concealment of the ideological in order to legitimize its monopoly over global football and effectively advance its goals. We especially borrow from Marxist and neo-Marxist insights, as well as Slavoj Žižek’s critique of ideology. We then discuss the key characteristics of what we would define as FIFA’s ideology. Our claim is that FIFA’s ideology embodies the following characteristics: Hyper-capitalism, neocolonialism, opportunistic nationalism, liberal illiberalism, masculinism, and paganism. We conclude that the study of FIFA’s ideology creates an area of opportunity to engage in meaningful change that will radically transform the way football and, perhaps other sports, are conceived of and run.

Comments: This is a co-authored paper by Tamir Bar-On (Monterrey Institute of Technology, Mexico), and Luis Escobedo (University of the Free State, South Africa) and presented by Luis Escobedo only