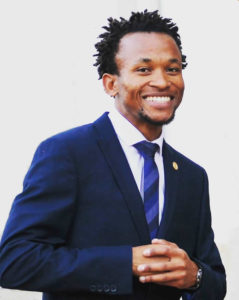 A sport enthusiast with a strong background in sport science and sport journalism. Scholarly interests include sport performance analysis, sport gambling, pool, and the politics of football.

Apart from that, Sam is an avid (and fairly competent) pool player and literary satirist. Sam spends evenings pool club hopping and in constant engagement with pool players of varying abilities, as well as the hustlers that have made pool halls their cash cows. In the long-term, Sam hopes to be a major contributor to the narratives and bodies of knowledge of global sport.

Status Buying in South African Football – A thorn or a rose?

Over the past two years, two historical (albeit recently relegated) clubs attempted to return to the top tier of South African football through the proverbial back door. With the prospect of suffering considerable losses by plying their trade in a division lower than the Premier Soccer League, Amazulu and Ajax Cape Town made last ditch attempts to regain their PSL statuses. Though financially akin to purchasing a new club altogether, such moves would not only prove fruitful in future, but would seemingly save their immediate blushes. While their attempts proved to be futile, the practice of status buying is prevalent in South African football. On one hand, club owners who sell their club’s statuses stand to make a fortune or avoid bankruptcy in cases where the running of the club proved too costly; similarly, those who buy club statuses may reap the rewards in future. On the flip side, clubs who sell their statuses may then have to start afresh in the lowest divisions and face the prospect of never returning to top flight football. In both instances, clubs may end up geographically misplaced, fans displeased, and the football landscape rendered a perpetual joke. In fact, some clubs have changed formation on multiple occasions to a point that their first incarnation remains a mystery to the casual supporter.
Considering that there is limited scholarly research on this aspect of South African football, newspaper articles and existing interviews with current and former club bosses will prove vital as I delve deeper into the various sides of this often-overlooked side of the South African game.