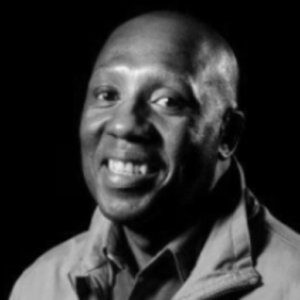 Sifiso Mxolisi Ndlovu is a Professor of History at the University of South
Africa and Executive Director at the South African Democracy Education Trust. He is the
editor-in-chief of the multi-volume series Road to Democracy in South Africa. He has
published articles on sport in Soccer and Society and International Area Studies Review
journals.

This paper complements the work on the politics and history of sports in South Africa carried out by Christopher Merrett and Peter Alegi, among others. This also includes the
commendable resistance to apartheid sport conducted by organisations such as SACOS and SANROC. In sporting terms, the African National Congress (ANC), together with
committed powerful pressure groups such as SANROC and the world-wide solidarity
movement, spearheaded the international sport boycott movement. These fraternal
organisations also used sports for diplomatic purposes in order to pressurise multilateral
organisation such as the Organisation of African Unity and the United Nations to support
their cause. As an example, through resolution 2396 (XXX111) paragraph 12, of 2 December 1968, the United Nations General Assembly requested ‘all States and organisations to suspend cultural, educational, sporting and other exchanges with the racist [apartheid] regime and with organisations or institutions in South Africa which practice Apartheid’.

The ANC, as one of the liberation movements in South Africa, used culture as a weapon in
the struggle for national liberation. Its definition of culture was multi-faceted and included
sports, language, theatre, literature, music and poetry. Hence, the empowering roles of
activists such as Keoropetse Kgotsitsile, Mongane Wally Serote, Mazisi Kunene, Cosmo
Pieterse, Letta Mbulo, Abdullah Ibrahim, Zanele Dlamini and the ANC cultural ensemble,
Amandla. The ideas about the role of sports in the struggle for national liberation is expressed through the written word in ANC’s journals such as Sechaba, Mayibuye and rixaka. As an example, in a 1987 piece entitled ‘Sports and Culture’ published in rixaka: the Cultural Journal of the African National Congress a view is propagated that within the national liberation movement we cannot avoid viewing the subject of sport and culture in comparative terms. Sport and physical culture have become arenas of intricate ideological rivalry for the simple reason that they exert some influence on social production, on human behaviour patterns and on sociological relationships. They play an important role in ideological education as means of social integration and the rational use of free time. In addition sports and physical culture are an important area of peaceful completion in a spirit of friendship among nations, The ideological struggle is conducted through both the cultural justifications (theory) and in the practice of sport-thus ideological rivalry is not about the East versus the West, but it is about socialism versus capitalism. Consequently, based on the proposed conference themes, namely, ‘sport and nationalist and sectarian sentiments’ or ‘sport as the face of violence and insecurity’ as apartheid was defined as crime against humanity by the UN, the paper will analyse how and why the ANC, through geopolitics, used sports as a weapon for national liberation in South Africa.