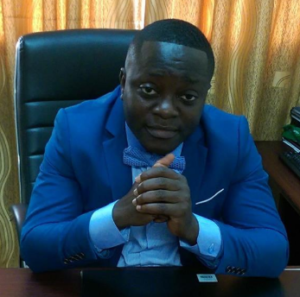 Wincharles Coker (PhD, Michigan, 2016) is a lecturer at the Department of Communication Studies, University of Cape Coast, Ghana, where he is at present the Coordinator of the Writing Unit. A communication theorist, Dr. Coker was an Andrew Mellon Scholar at the University of the Witwatersrand, Johannesburg, South Africa (August, 2018) and a Visiting Scholar at the Uppsala University, Uppsala, Sweden (September, 2018)

Popularizing Indigenous Sports in Africa: The Case of Ghana’s Ampe

Africa’s participation in the world of international competitive sports dates back to centuries. However, it is difficult to point to any known contemporary sporting event that could be described to be putatively African. The contribution of African indigenous sports is thus less known, and more important, less researched into. Using Ampe, a local game originally dominant among the Akan of Ghana, I will describe, analyze, and demonstrate the valences of this indigenous sports to the development of the human person, social relationships, and economic empowerment of the African continent. I will argue that the sport thrives on the mathematical principles of probability and algorithm. The paper concludes by presenting scholars and thinkers with an opportunity to rethink the gladiatorial nature of most Western sports because local African sporting games such as Ampe are embedded with powerful rhetorical arguments of tact, critical thinking, agility, and community.